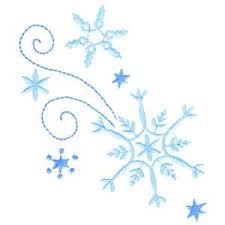 Happy Holidays to you and yours!!

Todd finished the Marine Corp Marathon in his best time ever. For the third year in a row, he ran the JFK 50 mile race. He participated the “24 Hours of LeMons” with three other men. The bought a car, fixed it up, and track-prepped for a total of $500.

But before reaching the grid, they had to survive trials like the Personal-Injury-Lawyer Anti-Slalom, the Marxist-Valet Parking Challenge, and the Wide Open Throttle Rodthrowapalooza. Twelve hours into the race, the car voted People’s Choice is called in and awarded a cash prize; simultaneously, the car voted People’s Curse is called in and summarily destroyed. At the end of 24 hours, a gala awards ceremony plies the survivors with trophies, plaques, and four-figure purses in canvas bags full of nickels. The team is scheduled for their next “LeMons” event in June.

Jessica did the Iron Girl with her dear friend Michelle in August. The event is a half mile swim, a 17 mile HILLY bike ride, and a 5.5K run. She loved it and is now addicted to training for triathlons. She and Todd are training to do the Columbia Triathlon in May.

Amanda works at Studio 921 in Baltimore http://www.studio921spa.com/ as a stylist and went to Dallas, Texas to be trained as a Color Educator. She got a new car, a Focus – she picked it because it was black. She moved to Baltimore and adopted a cat named Oden. We all love him, despite the absence of hair (although Alex refuses to admit that he likes him). She shares her free time with Rich her boyfriend who teaches Karate and lives in Ellicott City.

Amber turned 21 this year!!!  Come on Little Lou how can it be!!  She had a great celebration at “Howl at the Moon”.  She lives in Annapolis (about 40 minutes from her parents) with her boyfriend Jesse. She has a new job at Toys R Us in Owens Mills and is a manger. She is going to be taking classes at Anne Arundel Community working towards finishing her degree in nursing before she finishes her studies in Florida. She has become a very good cook!! She is training to do the Iron Girl with her mother in August (Mom is really excited!!).

The boys started home schooling this year and swim or run every morning before hitting the books. Austin prefers home school to public school, but Alex says he just hates school!!

Alex accomplished the rank of First Class in Boy Scouts and is currently the troop Assistant Chaplin. He leads the Scout’s Own at the camping trips. Alex shares his free time with Grace his girlfriend who lives about 40 minutes from him – he wishes she lived closer. They enjoy Pizza Hut, walking in the mall, and eating ice cream together. Alex has been working with his mentors from church, Tami and Christina to make his confirmation on May 30th,2010. Tami and Christina have been wonderful and Alex is really enjoying the journey.  He is volunteering at the food bank each week and coordinating a food drive.  Please consider a donation of non-perishable goods or a monetary donation.  Contat Alex for pick up or drop off at our home any time.  His goal is 300 items and $300 dollars by April 2010.

Austin ran his first race – two miles in 21 minutes and then his first 5K on Halloween. He runs most mornings and when he isn’t running in the morning, he’s swimming.  He has been diligently working to complete his model Death Star made out of Legos – there are 4100 pieces and is very excited to visit Lego Land in the spring.  He enjoys the stage and singing and surprised us this year with the leading male role in his school’s play.  He is currently preparing for Grease in the spring.  He has an incredible sense of wonder and questions everything and imagines possibilities!!

Wishing everyone the holiday of their dreams!!